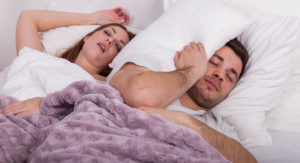 2am I was woken up with what can only be described as a sound from a horror film. I sat up and thought “what the hell was that?” then I heard it again, coming from my wife.

In 12 years I have never heard a noise like this come from her, it was like she was possessed by some evil demon.

remember the film “The Exorcist” this was on par.

BOOOM there it was again, the room shook and I was awake, expecting to see Jody’s head do a 360 degree turn and to see her elevating above our bed.

That was it, I grabbed my pillows and got up, Jody asked “you ok?” … I wasn’t going to lie, I told her the truth that she had been making some demonic noises.

Off I went to my daughters room (she’s staying at her mums, so theres a spare bed & a comfy one)

5am I woke up – why? …. Not because of my wife snoring but because of the sun, “Yes” a welcome sight on a warm Sunday afternoon with a few beers and a BBQ, but not at 5am in the morning! I only have myself to blame because I have been saying to Jody for the last 5 years “Yes I will put the blinds up on my next day off” 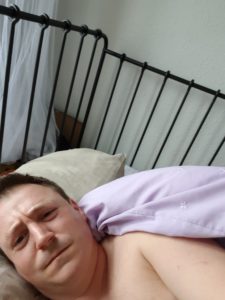 So a sleepless night, I guess its a good thing because we will be having plenty of them when the little man arrives.

Just 2 weeks until due day and we are getting excited. Although we can’t decide on middle names. My suggestion of “Gary & Gonzo” aren’t being taken seriously.

View all posts by Guy

Krazy Kidz Disco
5.0
Based on 6 reviews
powered by Facebook

Debbie Honeywell
2019-03-03T17:15:09+0000
Had guy of krazykidz disco. My daughter and friend booked him for 2 hours today for a joint 5 year old birthday party.... There was ages from 1 year upwards. What can I say but. FANTSTIC. he got every child and every parent involved. He was very very funny, we normally have soft play and bikes etc but it was the best birthday ever. I would even have him at an adults party for the entertainment so so funny and I didn’t stop laughing. Thanks again Leo nanny Debbie. Xxx🤪read more

Paris Maria Cuin
2019-03-03T15:20:20+0000
I just want to say you will not get ANYONE better than this guy! He made my sons birthday party the best, and everyone... after was saying it’s the best party they’ve EVER been to! One amazing entertainer - can’t recommend enough so Thankyou!read more

Carly Oldall
2019-02-25T19:49:14+0000
Five stars!! Guy is absolutely hilarious had everyone in stitches from start to finish, kids and adults equally loved... you!! Thank you for being incredibly funny, incredibly professional and an all round star. It was such a relief to leave the entertainment of a bunch of four year olds in your very capable hands. Total stress relief. Can’t recommend highly enough!! X⭐️⭐️⭐️⭐️⭐️read more

Claire Emery
2019-02-21T08:56:53+0000
Just like to say a big thank you for entertaining the children and the big kids at Elaine birthday party Very funny... and got everyone involved even the shy children Would definitely highly recommend and use again 10/10 Thank you againread more